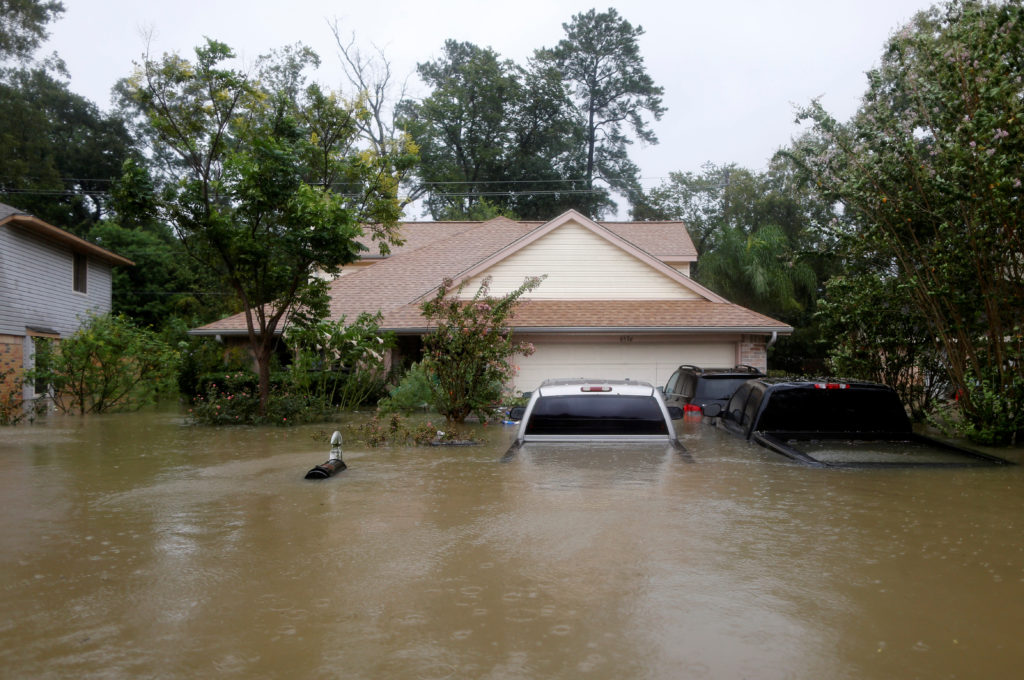 Are you “covered” for a flood this Hurricane season?

A lot of owners ask what is flood insurance? And are then surprised that their regular home owners or landlord/tenant policy doesn’t covered damage to a home caused by flooding outside the home.  Instead you need a separate policy to cover flood-related losses, defined as caused by water traveling along or under the ground.

ATLANTA – How does flood insurance work? Robert W. Klein, an expert from Georgia State University in Atlanta, Georgia, answers questions about the topic.

1. What is flood insurance?

Homeowners’ insurance does not cover damage to a home caused by flooding. A homeowner must have a separate policy to cover flood-related losses, defined as water traveling along or under the ground.

Most such policies are underwritten by the National Flood Insurance Program, which is part of the Federal Emergency Management Agency. The National Flood Insurance Program was established in 1968 to address the lack of availability of flood insurance in the private market and reduce the demand for federal disaster assistance for uninsured flood losses. Another purpose was to integrate flood insurance with floodplain management, which includes such things as adopting and enforcing stricter building codes, retaining or restoring wetlands to absorb floodwaters and requiring or encouraging homeowners to make their homes more flood-resistant.

2. How many American homeowners have flood insurance?

It is difficult to determine exactly how many homeowners have flood insurance.

In recent years, the number of such policies has been dropping across the country. Some of the counties hardest hit by Harvey, for example, such as Harris (which includes Houston), have experienced significant declines.

A more revealing – and more difficult to ascertain – stat is the share of homeowners in a disaster area who actually have flood insurance. In Harris County, for example, experts estimated that only about 15% of homeowners were insured for floods – though the percentage was higher in areas near coastlines.

3. Why do people at great risk of flooding forgo insurance?

A number of factors affect a homeowner’s decision to buy flood insurance (or not).

People who perceive that their exposure to floods is high are more likely to buy it, all other things equal. And the mandatory purchase requirement forces owners of mortgaged homes located in Special Flood Hazard Areas – areas at high risk for flooding – to buy insurance.

However, 43% of homeowners incorrectly believe that their homeowners’ insurance covers them for flood losses.

Other factors also come into play, such as a lack of information, the difficulty of calculating flood risk and the expectation that the government will provide disaster assistance – which is rarely the case.

4. What does flood insurance cover?

With a National Flood Insurance Program policy, a homeowner can purchase coverage on a dwelling up to U.S. $250,000 and the contents of a home up to $100,000. It does not cover costs associated with “loss of use” of a home.

The National Flood Insurance Program policy limits have been in effect since 1994 and need to be updated to account for the increase in the replacement cost of homes and the actual cash value of their contents. Although not the best measure of the replacement cost, the median price of new homes sold in the U.S. has soared 132 percent since 1994.

Some homeowners buy additional flood protection from private insurers to make up any shortfall.

5. Why is the National Flood Insurance Program underwater?

The National Flood Insurance Program has faced considerable criticism over its underwriting and pricing policies, which have resulted in a substantial debt. Essentially, its premiums are not high enough to cover how much it pays out on claims and its other costs.

Part of the problem is that about 20% of the properties the program insures pay a subsidized rate. But many other National Flood Insurance Program policyholders are also paying premiums substantially less than what it costs to insure them because the rates do not adequately account for the catastrophic losses incurred during years when more major storms than normal strike, such as Katrina and Rita in 2005 and Sandy in 2012. As a result, the National Flood Insurance Program currently owes an accumulated debt of about $20 billion to the U.S. Treasury.

In the short term, Congress will have to increase the National Flood Insurance Program’s borrowing authority for it to pay the claims.

These inadequate rates also exacerbate the moral hazard created by flood insurance. People are more likely to buy, build or rebuild homes in flood-prone areas and have diminished incentives to invest in flood risk mitigation, such as by elevating their home, if they can buy insurance at below-cost rates.

6. What can be done to fix the program?

Legislative efforts to reform the National Flood Insurance Program to put it on firmer fiscal footing have produced mixed results.

Fundamentally, the program millions of Americans rely on to help them rebuild their lives after a devastating flood needs to be fixed. Its dire financial straits could be resolved by either making taxpayers foot more of the bill or increasing premiums closer to full-cost rates for most homeowners, while also raising total coverage levels.

At the same time, the government needs to do more to convince or compel more at-risk homeowners to buy flood insurance – which would be harder to do if it were to raise rates. To me, this suggests that increasing taxpayer support for the NFIP will have to be part of the solution so that pricey premiums don’t become a deterrent to someone buying insurance.

With the likelihood of much more flooding in the coming weeks and years, more needs to be done to mitigate the risk, including producing more accurate and timely maps of the flood risk in various areas, especially high-risk areas, educating people about what those risks really mean and helping relocate homeowners as necessary.